Following on from the Americans that featured last time are some more British. First up is a generic Loyalist unit in a mix of red jackets and civilian dress. One of the things I like about this period is the ability to mix and match costume within a unit, particularly for the Americans - this unit is fairly well provided for but still a bit ragged. 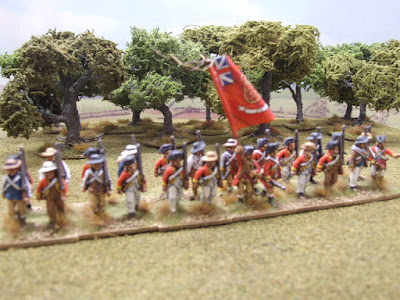 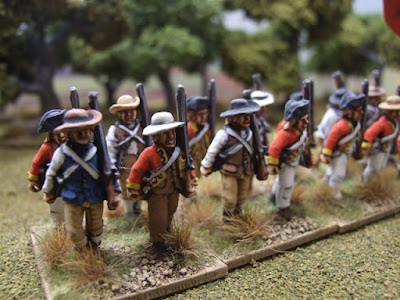 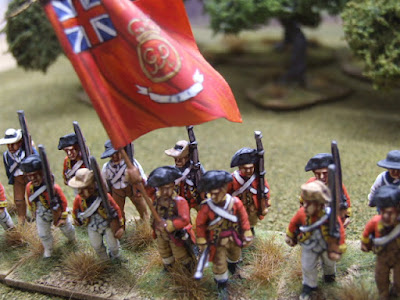 Next is one of my favourite units, the 71st Highlanders. Veterans of numerous actions in the war and a must for any AWI British force. 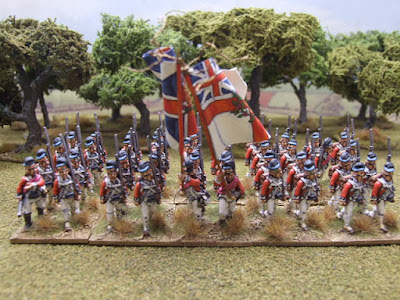 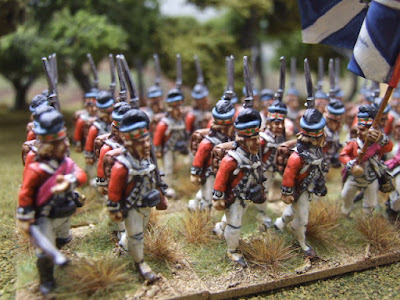 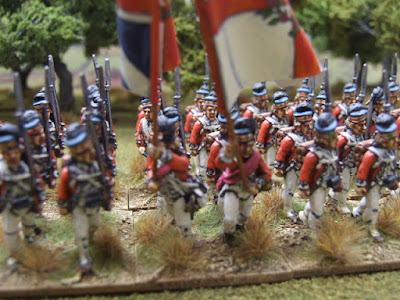 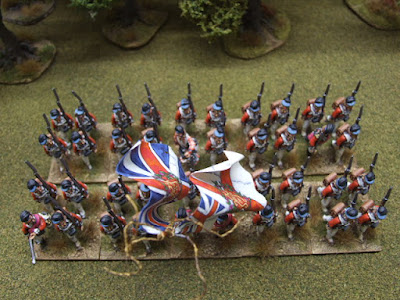 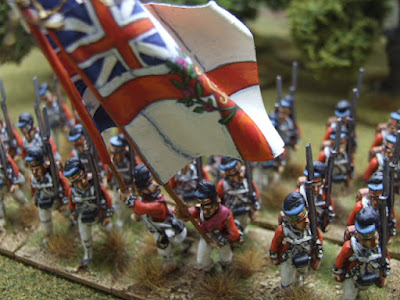 Next is the equally famous 33rd Foot, also veterans of numerous actions. Did them in roundabouts as they are extremely easy to paint, carrying minimal kit and having no regimental facings. 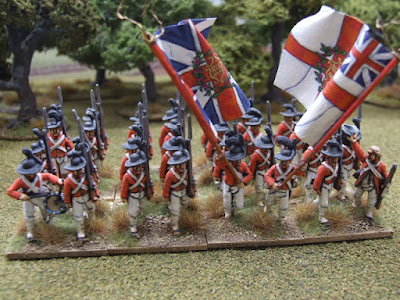 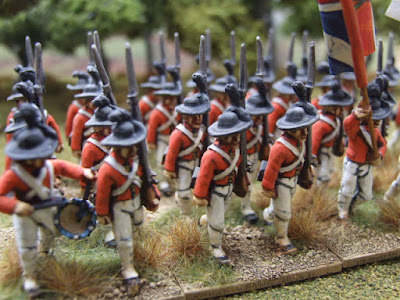 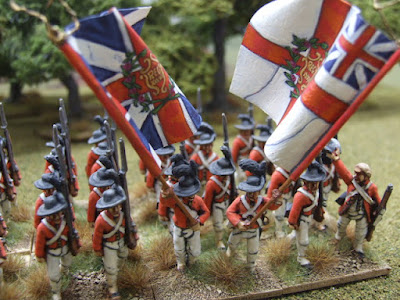 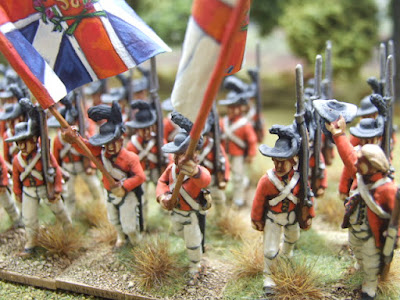 After them the 23rd Foot, distinguished by the white hat feathers. This is the second unit to be done in roundabouts (and probably the last). I am not really sure how widespread this form of dress was and the next two battalions probably the 63rd and 64th, which are already winging their way to me from the Perrys, will be in cut down coats 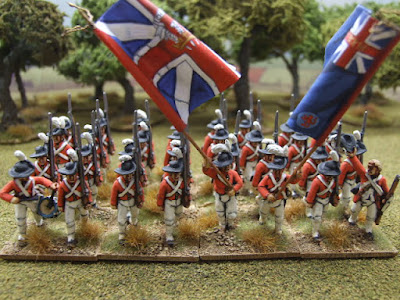 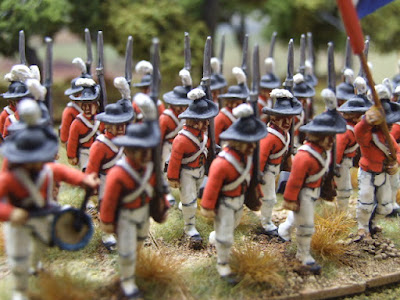 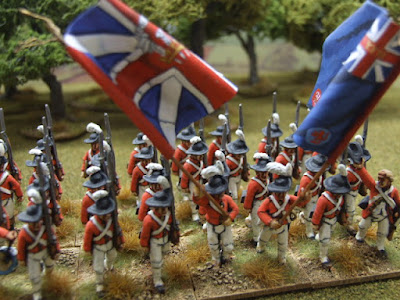 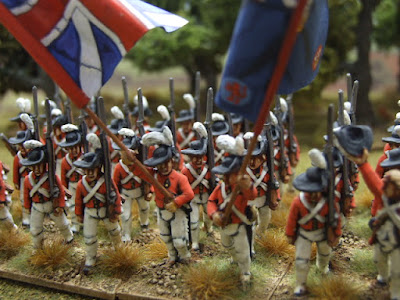 Can't claim any credit (other than the basing) for the next unit - British light dragoons in southern dress, painted by Mark Allen and purchased by me a few years ago. 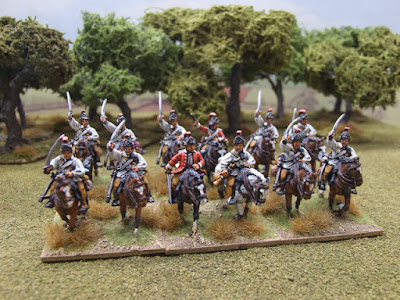 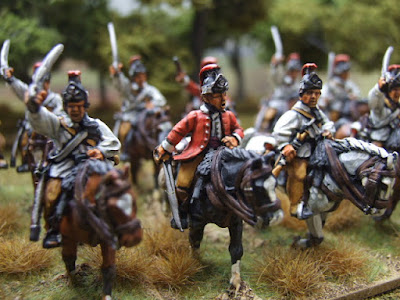 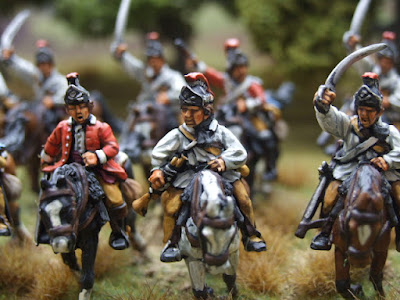 And finally three command bases, the last one also by Mark Allen - I really must work on my photography!! 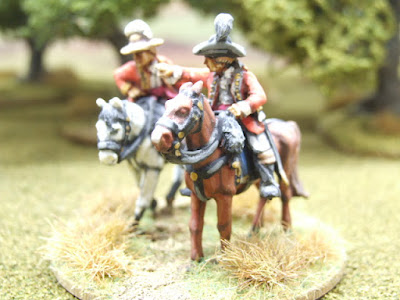 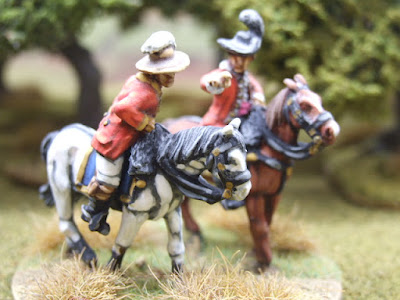 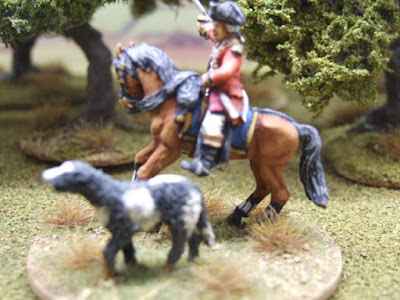 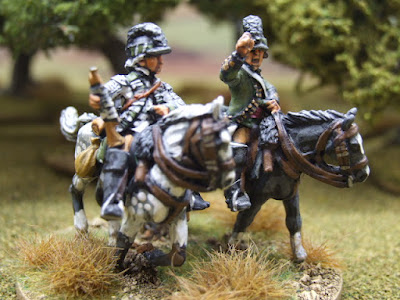 As I mentioned there are two more British units to do and a couple of Hessians, which should boost the collection considerably. After that probably more continentals, British light infantry, grenadiers......!
Posted by steve at 14:05