It is a while since I did any work on my German buildings and this church is a welcome addition. Another EBAY purchase, it has been sitting around half finished for months and I though I had better get on and complete it. It made its debut in a WWII game last night, with old wargaming mates Richard Croisdale and Andy Lawson, who are gamely helping me to playtest my WWII rules. Also making a first appearance was the newly painted panzer regiment FBB. Fittingly the 2nd Abteilung, commanded by yours truly, got absolutely battered by Andy's deftly handled Soviet armour. Tragically I forgot to take any photos for this game!! Richard did his best with the 1st Abteilung, inflicting some loss on the enemy armour facing him, but he couldn't make up for my dismal showing on the left flank.

We have tested out the rules for armoured vehicles and they seem to work pretty well, as does the overall concept. We all felt that it was now time to concentrate on other aspects of the rules, especially infantry fighting and indirect fire. Next time I will revert to umpiring and leave the fighting to others. 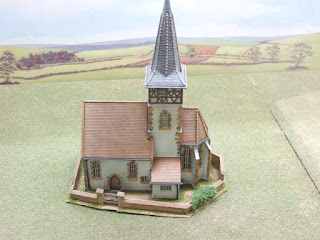 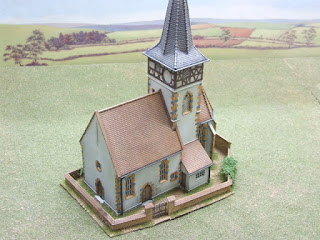 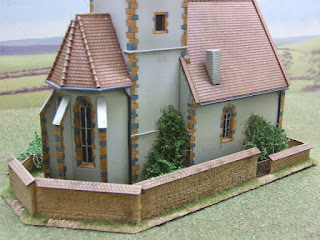 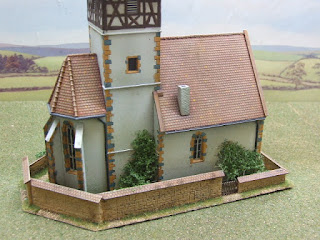 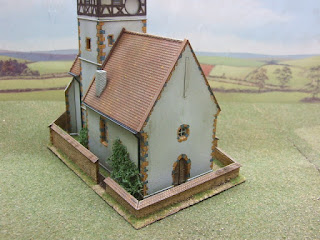 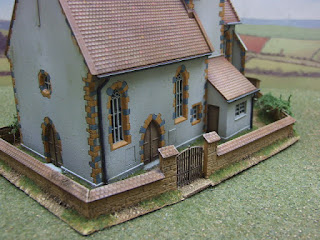 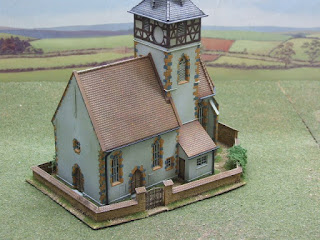 
All the way back in 2011 (yes really!) I put on an Ardennes 1944 game at Partizan. It was fought out between a scratch force of Americans and a battalion of German Volksgrenadiers, supported by elements of the Fuhrer Begleit Brigade (FBB). For this game, the whole table and most of the figure bases were covered in snow. Six years on, I have decided to build up a more serious representation of the FBB, without the winter bases.

Why the FBB? Well, the name is quite catchy, but mainly because it was one of those oddball units that I always enjoy playing with. Its composition is a matter of some dispute, but the Flames of War suggestions seem plausible. As you can see, it is quite a mixed bag with a strong but unusual panzer regiment, an equally unconventional panzer grenadier regiment, decent artillery provision and a very impressive Flak regiment on top. Rather than go into too much detail here, take a look at the Flames of War PDF, which is free to download:

I am aiming to do most of the panzer and panzer grenadier regiments, with a good helping of flak and supporting artillery. In reality the infantry component is basically three battalions of infantry with varying modes of transport: armoured, schwimmwagens and bicycles! I will probably do the first two and simply field the 3rd battalion as infantry when required.

First up is the (slightly reduced) 1st Panzerabteilung, comprising two companies of  two Jagdpanzer IV/L70(a) assault guns and a company of three panzer IVs. The regiment's 2nd Abteilung, which was composed of the 200th Assault Gun Brigade, has a total of five Stug IIIs (again slightly understrength). Along with its regimental flak component of a Mobelwagen and Wirbelwind, it should be a formidable force. 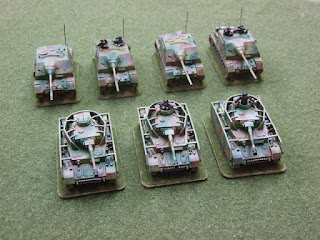 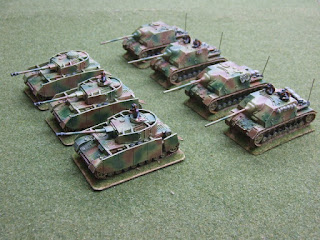 The Panzer IVs are from PSC, the Jagdpanzers are from the Ready To Roll range carried by Colin Rumford's Valiant Miniatures. I am particularly fond of this latter vehicle, one of the many German improvisations as they sought to fill the ranks of their armoured units. Here are a few shots of them in action. 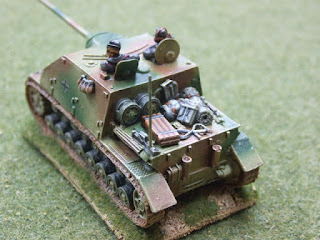 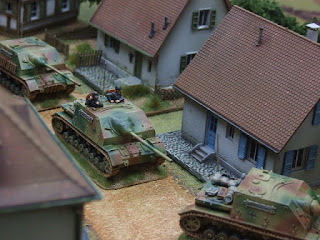 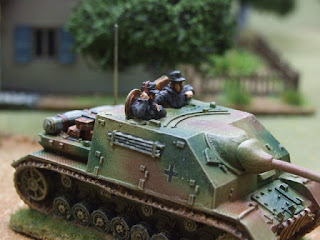 Below is the  2nd Abteilung's  Stug IIIs. Whilst not as powerful, it still packs a decent punch. These are also from the ever growing PSC range. 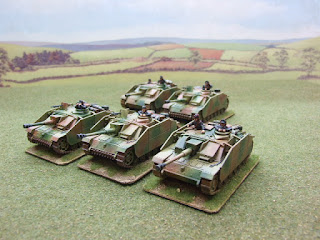 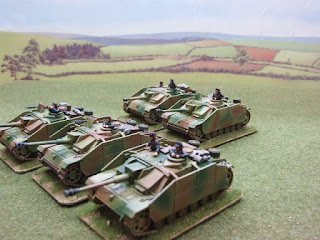 The Flak vehicles are done, but still awaiting their crews.