Hi Everyone. Just a quick note to apologise for not uploading recent comments. I am supposed to get a notification every time someone posts a comment, so that I can see it, remove the bad language (only joking) and then upload it. For some reason, these notifications have not been coming through. I only found out by looking at the Comments awaiting moderation section of the blog and saw a whole load stacked up there. Don't know why that happened and have added them now. Again, my apologies - I appreciate any feedback and the effort taken to provide it. I will need to check manually in future to make sure that this doesn't happen again.

Postscript: Am still not sure that all is well. If you have sent a comment and it hasn't appeared, please let me know at steveshann@blueyonder.co.uk Thanks.


Here is a bit of heavy support for my late war Germans - a couple of Italeri "Quick Builds". They are actually quite nice models, not massive amounts of detail but nice enough for wargaming purposes. 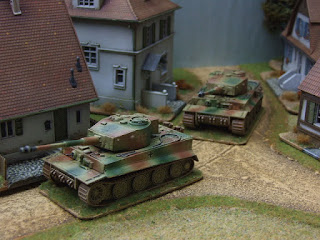 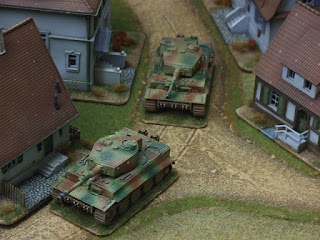 I have also added a Pegasus King Tiger. I must admit I prefer it to the Ready to Roll versions I have at the moment and may well get a couple more. The smooth finish on these vehicles works very nicely with the airbrush. The crewman is, I think, from AB. 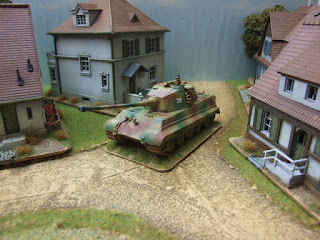 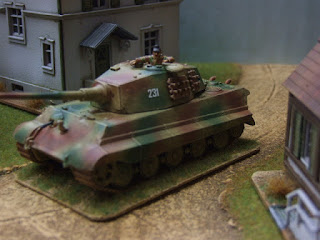 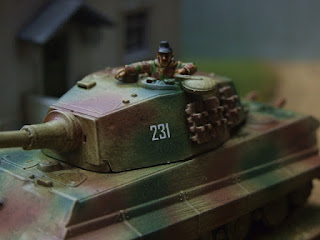 I am really hoping to crack on with my WWII collection and the terrain (boards and drop on stuff) over the next few months and hopefully post some proper after action reports to show the rules in action. As always, all comments/suggestions are welcome.
﻿
﻿
Posted by steve at 14:26 6 comments:


Have finally managed to get the vehicle crews done for my 1st (armoured) battalion FBB. As I alluded to in an earlier post, it seems like wasted work in some ways, as they have no effect on the game. Even so, really glad I made the effort as they look so much better crewed up, rather than empty. First up are the basic infantry carriers with the accompanying crew and stowage that make the PSC boxes so attractive. As you can see from these two examples, there is quite a bit of scope for "individualising" the standard vehicle. Three to a box for less that £20, you really can't go wrong. 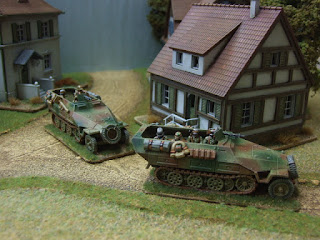 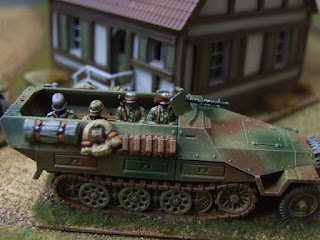 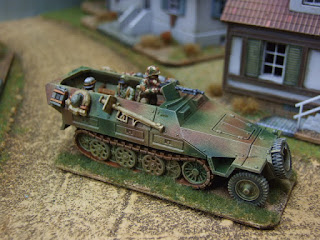 Next are two of the support options: a 75mm Infantry gun armed "Stummel" and the HQ variant with the 37mm A/T gun. Most of the crews in this case are AB, which match the seated and standing PSC crew really nicely. The gunner in the "Stummel" is one of the very nice sets done by Adler Miniatures - better known for their 6mm figures. 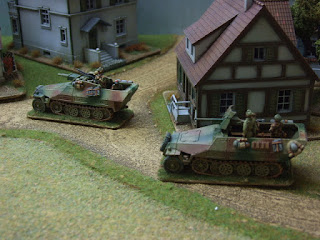 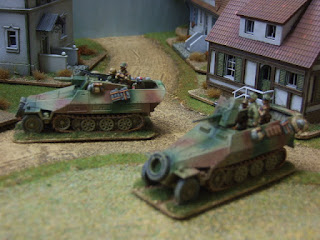 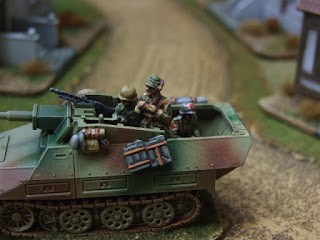 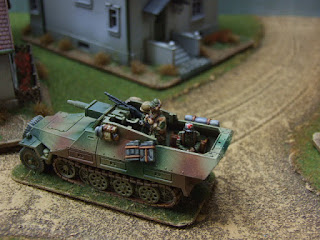 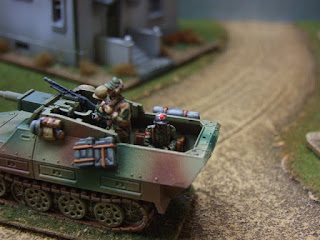 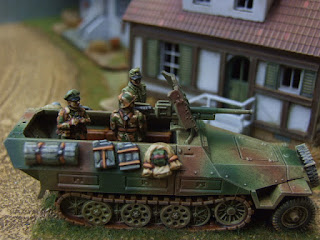 Finally there are a couple of shots of the engineer variant with attached assault bridges. The Armoured battalion did include an engineer company, so these could prove useful. 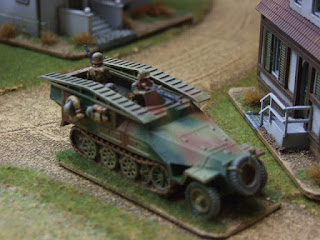 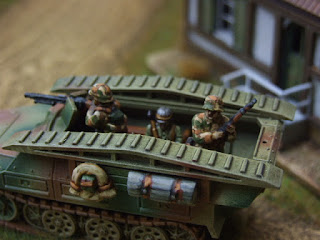 All in all, this is a very powerful unit, armoured and well equipped. In the Ardennes and against the Soviets, it should prove a handful in action.

Please feel free to comment on anything on the blog - always useful to get some feedback. Cheers and a Happy New Year. Steve.