Following on from the earlier post on the FBB Flak Regiment, this is a light company, comprising two sdkfz10s with armoured cabs, mounting 20mm guns. The vehicles were die cast EBAY acquisitions, crewed mainly with AB figures. 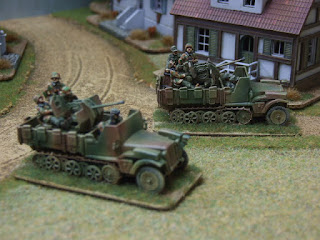 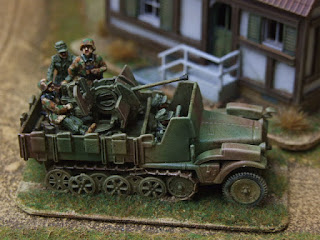 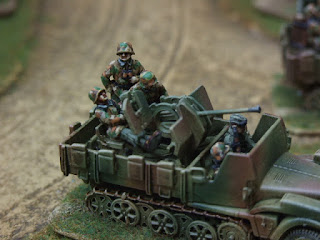 The brigade as a whole is really taking shape now. The first (armoured) battalion is completed - post to follow on the crewed up hanomags. I also have all the figures done for the second battalion, along with its transport (mainly schwimmwagens), but I still need to paint the 40 or so crew(!) Still need to add a heavy flak battery (88 and tow plus another 20mm).