Again these units have been upgraded from 24s to 32s for use with General d'Armee. However with these 32 man battalions I have used 3 bases of 8 and 2 bases of 4 so that I can represent 24 figure "small" battalions as well as 32 figure "standard" battalions using an even number of bases (4) so I can form neater looking attack columns. I think the chunkier looking 32 figure battalions do look nicer, although having to paint those extra figures is a bit of a chore. Still, once it is done, it is done and the result, for me, is worth it. Only have a couple of jaeger battalions at the moment - am looking to increase that to 6 eventually. All figures are Foundry and the flags GMB. 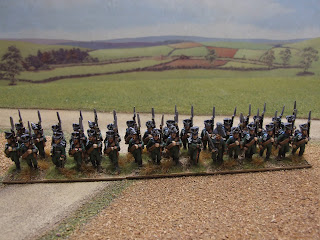 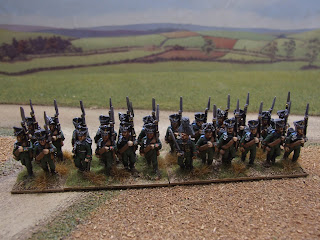 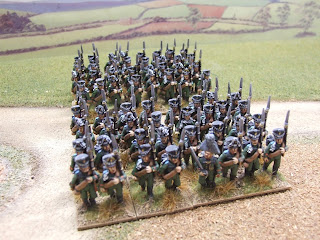 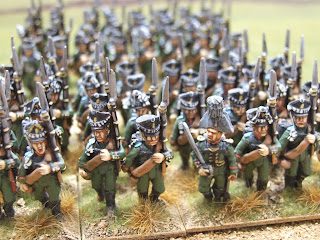 Next up are 3 battalions of grenadiers, each 32 strong (made up from 4 earlier 24 man units). Again they are based in 8s and 4s. I also have a couple of battalions of Mark Allen Pavlovs to varnish and re-base when I can get round to it. they will also double as Guards from 1813. 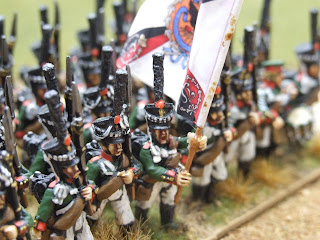 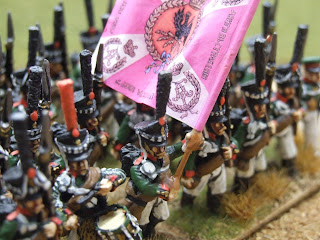 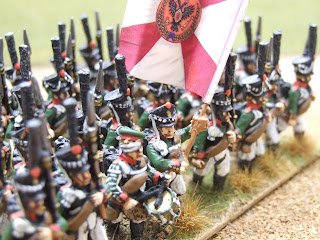 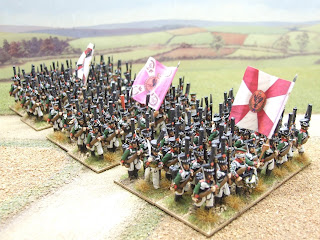 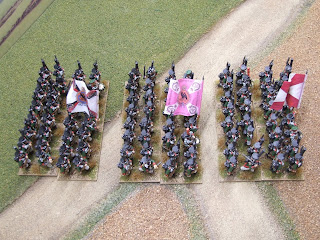 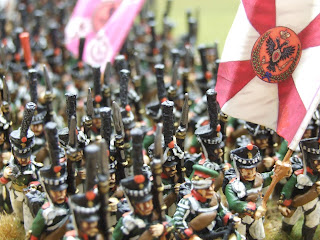 Below are 16 bases of skirmishers. In General d'Armee, the Russians usually get a lower allocation of these, so this will probably be all that I will need. They are based in threes as per the rules, so that on the third casualty a base can be removed from the table - this is the only figure removal in the game. These are all Perry Miniatures. 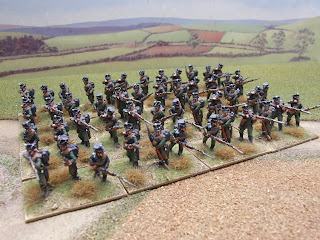 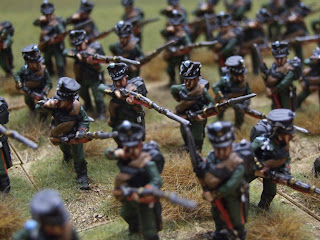 Lastly the bulk of the infantry - 9 musketeer battalions, all 32 figures strong. Would like to add another 3 in due course. Foundry figures with GMB flags. 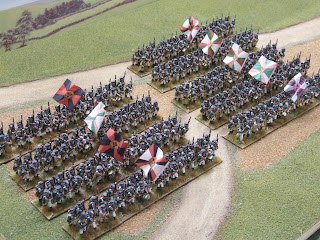 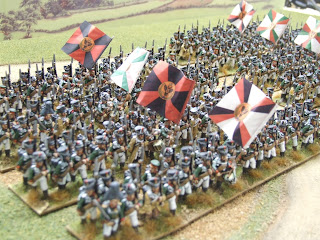 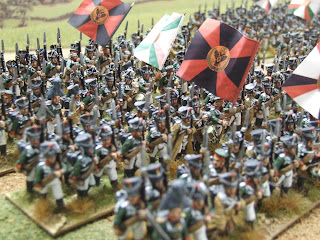 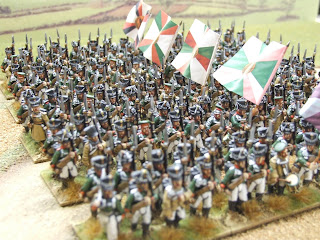 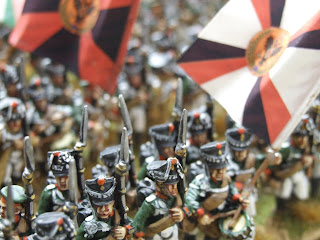 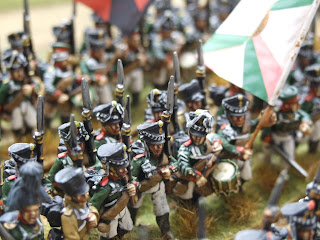 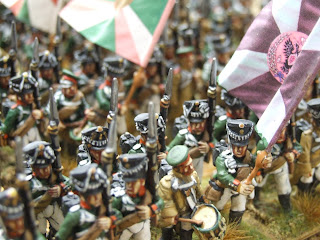 I have a couple of batteries of artillery and command bases to finish off. That done, I should have enough to play a reasonable sized game. After all this time, it will be great to get them on the table.